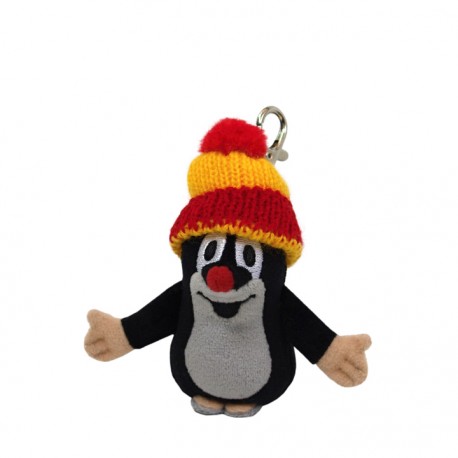 Notify me when available

Mole (in the Czech original called Krtek, or, for little mole, Krteček) is an animated character in a series of cartoons created by Czech animator Zdeněk Miler.

Krtek was first seen in 1956 in Prague, when Miler wanted to create a children‘s cartoon about how flax is processed. He wanted a strong Disney influence to the cartoon by choosing an animal for the leading role, and decided to pick a mole after stumbling over a molehill during a walk. The first film, called „Jak krtek ke kalhotkám přišel“ („How the mole got his trousers“), had its premiere at the Venice Film Festival in 1957, where it was awarded two Golden Lions. Production for further episodes started in 1963 and since then, around 50 episodes have been created.

The first episode of the cartoon was narrated, but Miler wanted the cartoon to be understood in every country of the world, so he decided to use his daughters as voice actors, reducing the speech to short non-figurative exclamations in order to express the mole‘s feelings and world perception.

On May 16, 2011 a plush toy of Krtek was present on board the Space Shuttle Endeavour, where it accompanied the U.S. astronaut Andrew Feustel, whose wife is of Czech ancestry, on the STS-134 mission.

Mole was the mascot for the 2015 European Athletics Indoor Championships in Prague, and was subsequently used to promote the Federation‘s Athletics for Children programme.

3 other products in the same category: